A happy day on 22 March as Diana Pomeroy, Charity Trustee, received The Lord Mayor of Bristol’s Medal in a ceremony at the Mansion House.

Diana was amongst friends as Charity Director, Evert Smith and loyal charity supporter Colleen Daley joined her for the ceremony.

In an earlier news feed it was announced that Diana was to receive this coveted award, having been chosen as one of Bristol’s unsung heroes for her unselfish dedication in serving the people of Bristol through her work with Arthroplasty for Arthritis Charity.

A great day for Diana - congratulations - your award is well deserved. 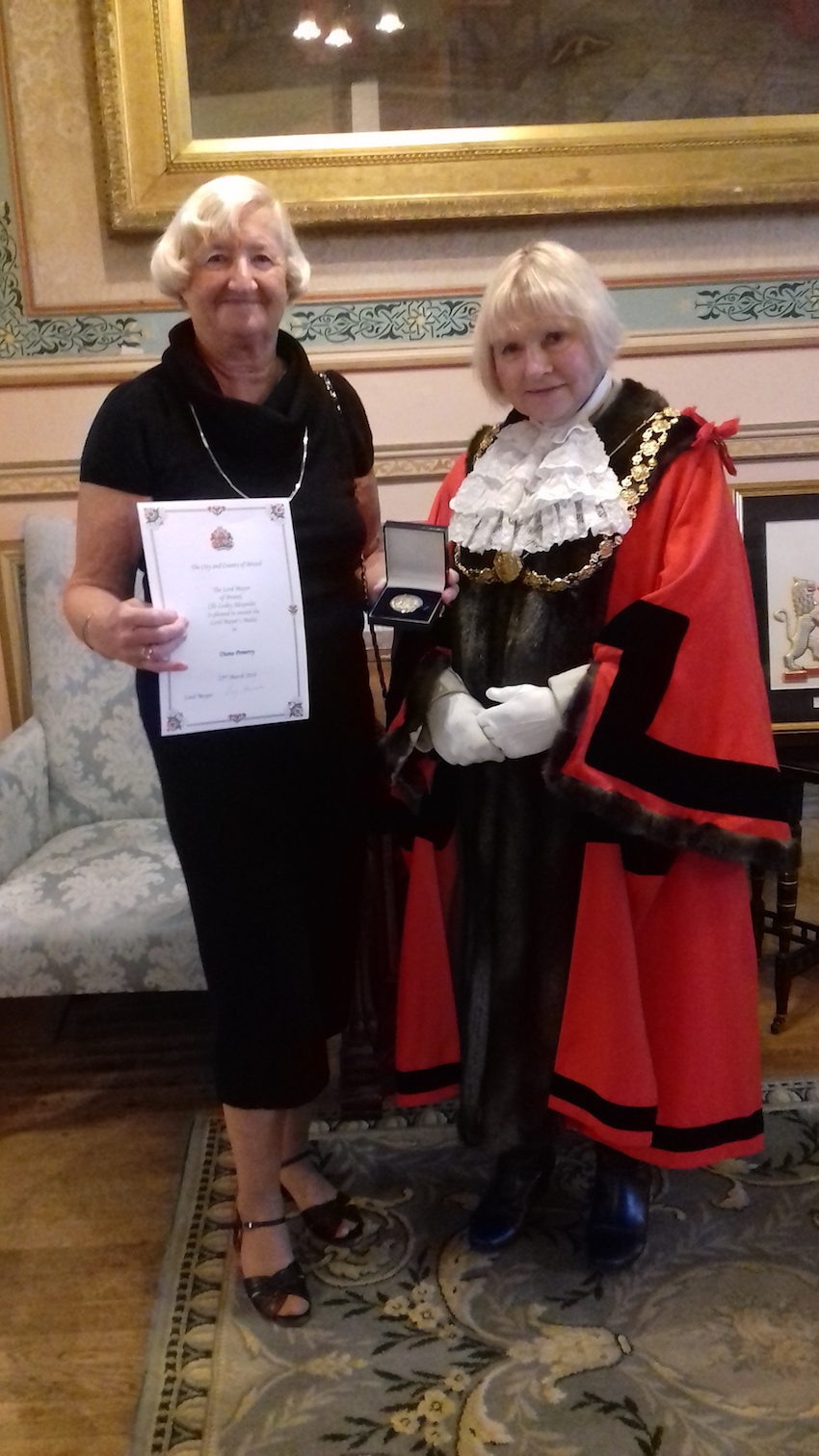